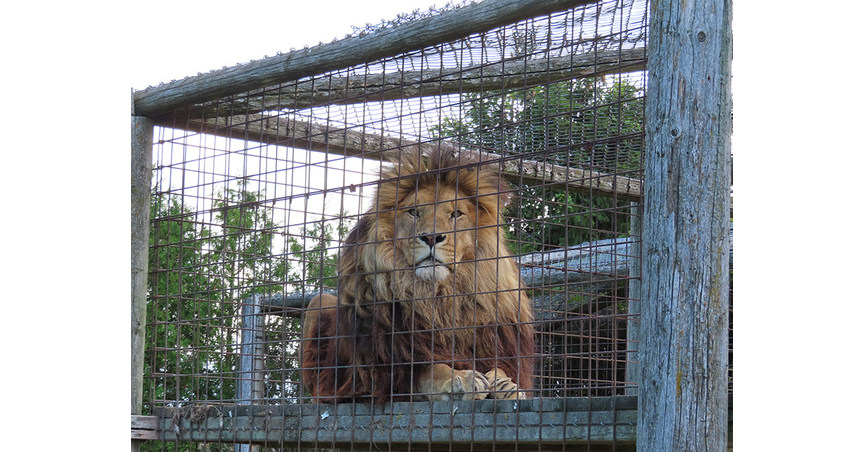 New report highlights perceived violations of several existing regulations putting animals and the public at risk, reinforcing the need for stronger regulation and enforcement from the province

TORONTO, September 28, 2022 /CNW/ – World Animal Protection has released a new investigative report into the state of so-called roadside zoos in Ontario. Nothing new at the zoo highlights a range of perceived violations that raise important questions about the enforcement of existing animal welfare and public safety regulations.

“The lack of enforcement, of the little regulation that exists for these facilities, is deeply concerning,” said Michèle Hamers, head of the World Campaign for Animal Welfare. “This Old West patchwork system that’s been in place for years just doesn’t work, and we know it – it needs an overhaul to protect the public and captive wildlife.”

The survey looked at the operations open to the public at 11 zoos across Ontario.

World Animal Protection has uncovered dozens of concerning cases of potential non-compliance with the Standard of Care Regulations established under the Provincial Animal Welfare Services Act (PAWS), ranging from enclosures that are too small for animals behave naturally, to the dangerous construction of fences for animals like tigers and lions – risking escape.

In some zoos, the height of fencing for tigers and lions has been found to be well below the professionally recommended minimum standard of 4.8 metres.

The majority of zoos visited encourage dangerous interactions between visitors and wild animals, such as the unsupervised feeding of wild animals.

World Animal Protection has sent complaints to the PAWS Inspectorate regarding concerns raised by this investigation.

“We actively encourage the PAWS Inspectorate to immediately investigate our complaints,” Hamers added. “A thorough review of all facilities is necessary to identify other possible violations – and to take appropriate action to address them to protect both the public and the animals.”

The investigation and report were conducted as part of World Animal Protection’s ongoing work to urge the provincial government to develop and implement a compulsory licensing program for all animal-housing facilities, businesses and institutions. native and exotic species and to improve law enforcement.

Among the recommendations to come out of the report:

Michèle Hamers, head of the Global Wildlife Campaign for the Protection of Animals, is available to speak about the report and the need for the government to Ontario immediately put in place stricter regulations on these facilities.