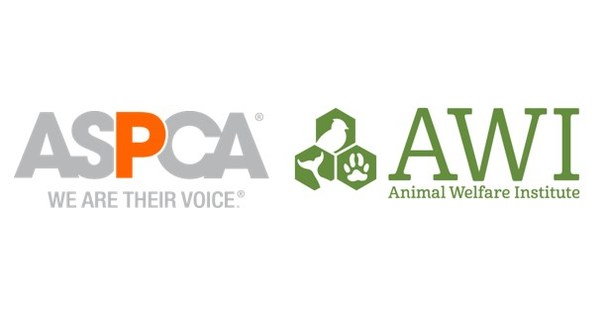 WASHINGTON, October 27, 2022 /PRNewswire/ — Today, the ASPCA® (American Society for the Prevention of Cruelty to Animals®) and the Animal Welfare Institute (AWI) led more than 15 other organizations, farmers and businesses to urge the US Department of Agriculture to finalize the Organic Livestock and Poultry Standards (OLPS) rule. These landmark federal regulations would require higher welfare standards for animals raised under the “USDA Organic” label that better align with consumer expectations. The OLPS rule would also level the playing field for organic farmers who already adhere to higher welfare practices, such as providing chickens with meaningful access to outdoor space where they can engage in natural behaviors.

The OLPS rule is similar to a 2017 rule that was withdrawn under the Trump administration, despite support from tens of thousands of Americans and the vast majority of the organic farming community. The new rule provides a second chance to improve the lives of the more than 186 million farm animals raised each year under the USDA’s National Organic Program by ensuring it represents truly higher-level agriculture. level of well-being. Notably, the rule would clarify that enclosed, screened porches with a roof are not considered outdoor access, which would close a major loophole that has led producers to deny outdoor access to laying hens. It would also ban certain painful mutilations, such as beak trimming of birds, systematic tail docking of pigs, tail docking and face branding of cattle; prohibit gestation crates for pigs; and require environmental enrichment, including bedding, roots for pigs and perches for laying hens.

According to a recent national survey, the overwhelming majority (80%) of organic consumers say animal welfare is important to them when considering the purchase of organic animal products, and 85% stated that it is important for the federal government to establish clear and uniform standards. for animal welfare on organic farms.

“We are encouraged to see the USDA revising the OLPS Rule to correct the inconsistencies and shortcomings of the National Biological Program. Exploitation of these flaws has put the lives and well-being of millions of animals at risk, and we urge the agency to act quickly and decisively to correct them,” said Matt BershadkerPresident and CEO of the ASPCA. “The National Organic Program should act as intended – to protect animals raised on organic farms and keep consumers informed about farming conditions – without obscuring the truth and allowing cruel farming practices to get a pass. ASPCA is committed to ensuring USDA welfare standards make sense for animals and meet public expectations of what the organic label entails.”

“We commend the USDA for taking steps to right the wrongs of the previous administration by proposing the OLPS Rule that will codify animal welfare standards for hundreds of millions of animals raised on organic farms. For too long, the lack of clear and consistent animal welfare standards under the national organic program has disappointed consumers and allowed factory farm-type operations to reap the financial benefits of the organic label without offering the superior welfare conditions that consumers have come to expect,” said Susan Millwardexecutive director of the AWI. “Meaningful outdoor access for animals and the ability for them to live more natural lives is at the heart of organic production. If the USDA is serious about protecting the integrity of the organic label, it must quickly finalize and implement the OLPS rule to ensure animals are raised to a higher standard that is consistent across all organic farms.”

As part of its deliberations on the proposed OLPS rule, the USDA welcomes comments on its implementation timelines. The ministry has proposed giving existing organic producers up to 15 years to comply with the new poultry outdoor space requirements. Organic consumers overwhelmingly reject such an unacceptable delay and want faster implementation, with 92% of organic consumers supporting delays of three years or less. While this pending rule awaits implementation, many conscientious consumers continue to buy – and pay more for – organic animal products in the mistaken belief that this label guarantees animals access to pasture. and other wellness benefits. Until the USDA finalizes the OLPS rule, large multinational corporations will continue to take advantage of loopholes in existing organic regulations to label items produced under cruel factory-farmed conditions as “organic” and mislead consumers well. intended.

In addition to protecting farm animals and further aligning the USDA Organic label with consumer expectations, these new standards will promote a level playing field for the majority of independent organic farmers who already provide meaningful outdoor access to their animals and meet higher standards. than what is currently required. This long-awaited rule is backed by 57 U.S. Representatives and 20 Senators, who have recommended rapid implementation. Public support for the OLPS rule also remains high, with more than 28,000 comments already submitted by ASPCA and AWI advocates alone.

The extended deadline for submitting public comments is November 10, and the USDA will consider the comments before issuing the final rule. To submit a comment in support of the OLPS rule before the deadline, please visit ASPCA.org/OrganicRule.

Founded in 1866, the ASPCA® (The American Society for the Prevention of Cruelty to Animals®) was the first animal welfare organization to be established in North America and is today the nation’s leading voice for vulnerable animals and victims. As a 501(c)(3) nonprofit corporation with more than two million supporters nationwide, the ASPCA is committed to preventing cruelty to dogs, cats, equines, and animals. farms across the United States. The ASPCA helps animals in need through on-the-ground disaster and cruelty response, behavioral rehabilitation, animal placement, legal and legislative advocacy, and community advancement. shelters and veterinarians through research, training and resources. For more information, visit www.ASPCA.org and follow the ASPCA on Facebook, Twitterand Instagram.

About the Animal Welfare Institute

The Animal Welfare Institute (awionline.org) is a non-profit charitable organization founded in 1951 and dedicated to reducing human-caused animal suffering. The AWI engages policy makers, scientists, industry and the public to achieve better treatment for animals everywhere, in the laboratory, on the farm, in commerce, at home and in the wild. Follow us on Facebook, Twitterand Instagram for updates and other important animal welfare news.