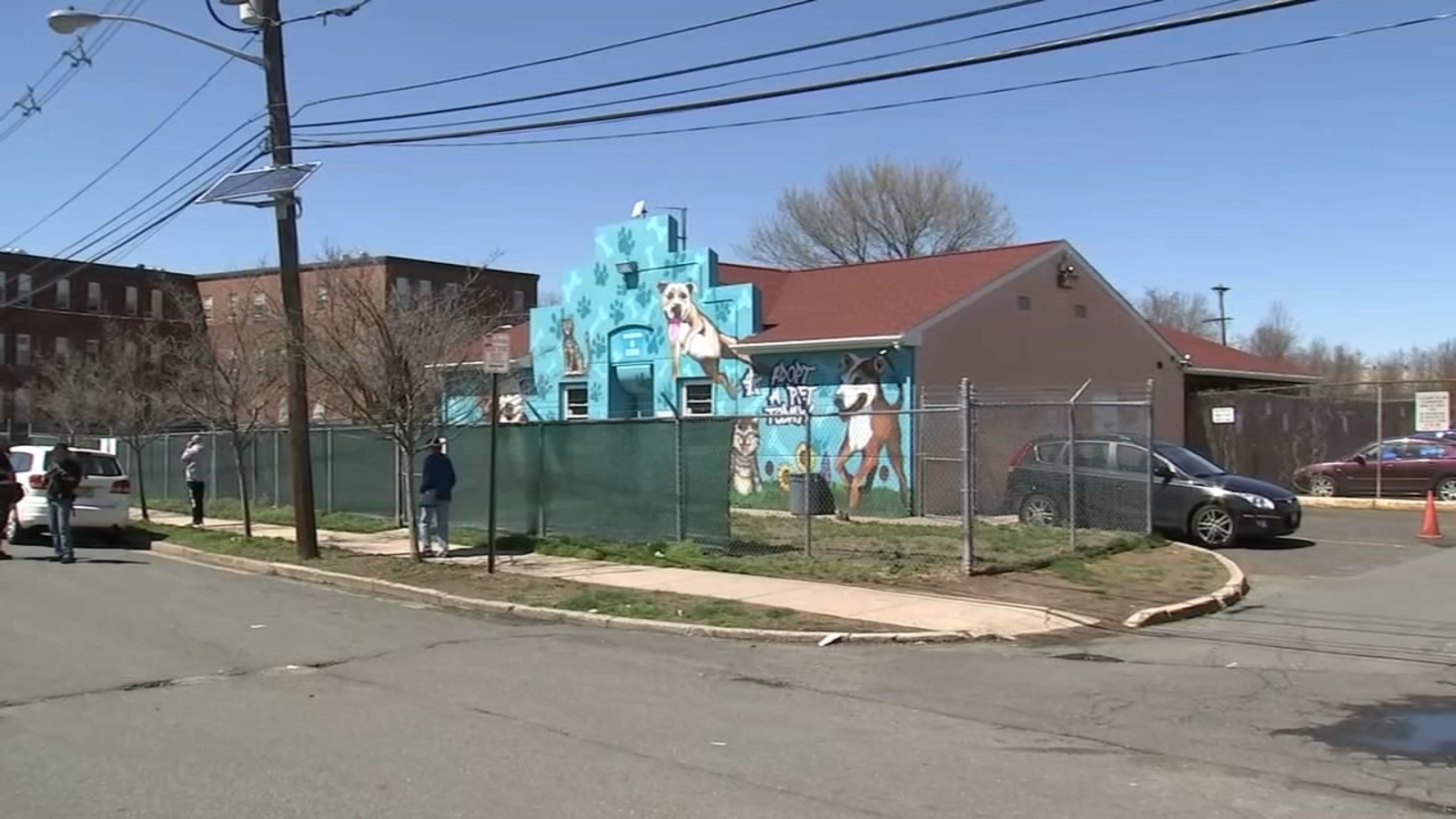 By Cheryl R. Costello On Apr 8, 2022
Share
TRENTON, New Jersey (WPVI) – The operation of the Trenton animal shelter is on hold after the city council voted not to renew its current contractor.

Volunteers, pet owners and board members gathered outside the Trenton Animal Shelter on Friday afternoon as a locksmith changed door locks.

She says her nonprofit has worked to improve conditions at the shelter for the past two years and has raised money to pay veterinary bills.

“When we stepped in, that was the only reason they continued to provide care for the animals in town,” Gletow said. “Because we stepped in and said ‘we’ll take care of paying the bills,’ which we did.”

Yvonne Adkins of Upper Makefield Twp., Pennsylvania came to support the organization with her dog, Honey.

She adopted Honey two weeks ago from the shelter.

“They offered any help you needed. You would email at five in the morning, and by seven in the morning I had a response,” Adkins said. “The people who work there are so nice.”

A city spokesperson released the following statement on Friday afternoon:

“Because of council’s decision to vote against, the city is losing the services of a veterinarian, veterinary technicians, dog crate cleaners and professionals who provide important services to residents.”

As Trenton Animals Rock leaders raised concerns about dog euthanasia on Friday, a city spokesperson said no dogs were in imminent danger and they were working on an interim plan. of operations.

This week, in public sessions, some city council members expressed concern about the way the shelter was being run.

Councilor Robin Vaughn said she has received numerous email complaints about the organization.

“There are a lot of issues with following the law, keeping the level of disease down, having the right certified people there, ensuring the facility is adequate,” Vaughn said during of a virtual meeting on Tuesday.

“Considering all contributions, my vote stands. Respectfully, my priority is gun violence, police brutality and misconduct in the City of Trenton. The City of Trenton Budget and Resource Plan properly funds and adequately the Department of Health and Human Services and its division of Trenton Humane Law Enforcement & Animal Services, as requested by its Director on an annual basis.If you would like this plan for the City Animal Shelter (owned by residents and taxpayers of Trenton), contact Mayor Reed Gusciora and his appointed Director, Dr. Adela Lopez. Additionally, many residents and taxpayers of the City of Trenton want our animal shelter to be run by city ​​of Trenton, not by contractors.

Action News could not reach the other three board members who voted against the contract on Friday.