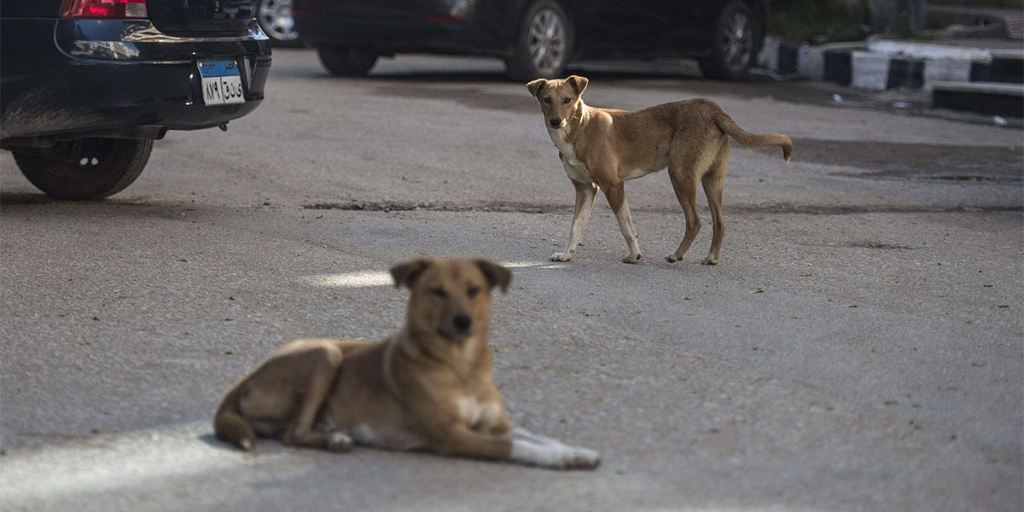 Egypt has a stray animal population problem – with the dog population estimated at at 15 million, and although there is no data on the feline population, it can be deduced that it is the same, if not more. As a result, Egypt currently lacks an effective system to regulate this incredible number of animals, often spotted roaming residential areas and rummaging through public waste in packs.

Three years ago, the Egyptian Parliament recommended the creation of a committee to solve the problem of their proliferation. However, no progress in this area has been made so far.

Many activists and citizens believe that the stray animal problem in Egypt is in dire need of a humane solution, as in the past solutions often involved poisoning, injuring or capturing stray animals without a long-term plan . Recently, in December 2021, 30 stray dogs were found poisoned near the Canadian International College, sparking a social media outcry for better animal rights.

Currently, article 45 of the the egyptian constitution is committed to “the prevention of cruelty to animals”. Beyond this code of law, the government has yet to introduce a stand-alone animal welfare law to better regulate and protect the wandering populations of Egypt.

A political initiative named Share’ Aleef (A Tame Street) plans to bridge the animal rights gap in Egypt. They plan to do this by showing that it’s everybody’s problem.

What Most Egyptians Know About Animal Rights are shelters and NGOs. Shelters are rare and mainly help rescue and care for stray or abandoned animals. However, no political initiative has been taken to create tangible legal changes.

Zeina Essam, the initiative’s founder, along with her colleagues Mohammed Ezzat and Hussein Hareedy, spoke to Egyptian Streets about the launch of the initiative.

Political initiative mainly takes place through field activities, both governmental and non-governmental. Digitally, they propagated their cause through their social media platforms.

“I used to be distraught when I saw an animal being abused, poisoned or killed,” Essam said. “They don’t deserve this. No being does. So when I investigated and started to really dig into why this happened, I realized that it mostly had to do with people’s pre-existing misperceptions about animals. For example, how people think a dog has rabies or how aggressive a cat is. Ideas that really have no evidence behind them.

“For two or three years, there has been growing demand for animal rights lawsalthough there have been none who have taken practical and legal lobbying steps before us,” says Essam.

Essam, who works as an assistant to Abdelmoneim Emam, an MP and President of the Justice Party, shared with Egyptian Streets that when she came up with the idea of Share’ Aleef in Emam, he made it clear that animal rights alone are not enough to change the everyday Egyptian mentality about animals.

Instead, Emam suggested that Egyptian society should understand that animal rights directly affect its well-being, its environment, and the country’s Sustainable Development Goals (SDGs).

This is otherwise known as an ecological triangle, directly linking animal rights to environmental and social impacts.

“[Animal rights] is to recognize an ecological triangle that affects us as human beings. For example, animal rights are not just about treating animals with kindness. These are the chemicals we use in the environment that harm animals. When we use toxic and expensive chemicals in our soils that are left on worms, which pose a threat to crops, worm-eating birds could suffer from poisoning, leading to a decline in species and an increase in worms that harm crop yields,” Haredy explained.

In other words, thanks to the recommendations of MP Emam, the initiative has become much broader than just preventing wanderer murders or changing the culture of wanderers. He discussed how the mistreatment of animals, the misuse of chemicals and the lack of awareness of much of Egyptian society have become detrimental to the environment – in turn, to the detriment of society. .

By forcing Egyptian society and government to recognize that animal rights have a significant effect on the environment, they will be made to care about animal rights.

“As a country entering a period of SDG prioritization, this is one of the main challenges we have to face,” Ezzat said.

All that remains is to write laws for the government to consider, which Essam, Hareedy and Ezzat have already undertaken.

The only real change is a legal change

Under the auspices of Emam, Share’ Aleef’s The team helped draft a set of animal welfare laws which were introduced by the MP himself during a parliamentary session.

The bills, which have already passed the 60 parliamentary votes needed to be discussed, are currently being considered by the House of Representatives. They are comprehensive and cover a variety of topics ranging from farm animals, laboratory animals, environmental laws and even animal-related businesses.

For example, the initiative devotes chapter six of its project to laboratory testing on animals. Article 35 of the chapter prohibits “scientific experiments on animals, except if carried out by recognized scientific research organizations and appropriate institutions and under humane tests specified by law”.

More importantly, the proposed laws underscore the need for stiff penalties for those who violate one or more of the draft’s 19 criminal articles.

The flow Egyptian Penal Code imposes fines of up to 200 Egyptian pounds (US$10) and imprisonment of up to seven years under Articles 355 and 357, depending on the context of the crime.

Share’ Aleef’s draft devotes Chapter 10 entirely to its criminal articles alongside its civil article. For example, Article 74 of the draft imposes a minimum penalty of one year in prison and 50,000 EGP (2,730 USD) for those who have killed an animal, whether it is a domestic or stray animal.

In addition to continuous lobbying for their proposed animal welfare laws, the initiative proceeds with a multi-stakeholder approach to include all relevant government actors.

“We studied the economic, political, societal and religious – even artistic – dimensions; how it affects our culture and the foreign perception of our SDGs,” Essam said.

This notion was embodied at the initiative’s launch conference on 19 March.

According to Ezzat, “the whole point was to formally announce our initiative and plans to all parties involved. It involved representatives and panelists from the Ministries of Environment, Planning, Culture, Agriculture, Youth and Sports, Al Azhar and the Orthodox Church.

“Then we hope to create a central organization under some government agency to take steps on the ground,” Hareedy added.

At a time of instability and wartime economic crises, many Egyptians might automatically call this move untimely and untimely.

However, some might argue that there will never be a “perfect time” to introduce animal welfare laws.

As Ezzat says, “There’s the stereotypical line of ‘you’re going to ignore people in trouble and tell us about animals? and yes we will. Because it directly affects our ecosystem, it affects all of us. It means a lot to me, to Zeina and to Hussein. And I hope we can help make it count for everyone.

From weathered faces to jagged peaks: Egypt through the lens of Seif Amro