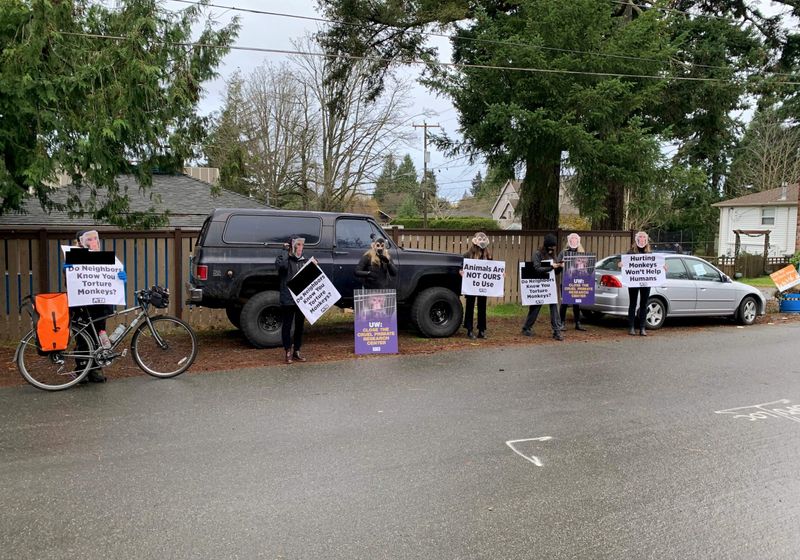 Jhe increasing harassment of scientists and public health officials has become a sinister and alarming trend. According a recent study published by the Johns Hopkins Bloomberg School of Public Health, there were 1,499 unique reports of harassment in local health departments in the United States during the early stages of the pandemic. Academic researchers, especially infectious disease experts who have publicly encouraged vaccinations and the wearing of masks, have also experienced this growing rage. A report published in the March 24, 2022 issue of Science revealed that threats and harassment of researchers are on the rise, with 38% of scientists surveyed reporting at least one type of recent attack, including insults and death threats.

While this may sound like a unique new challenge for the scientific community, it is not. Researchers who conduct animal studies know all too well about threats of violence and much worse. I witnessed these kinds of threatening actions many times during my years as communications director at one of the National Primate Research Centers in the United States. In those days, about ten years ago, emails, calls and letters threatening bodily harm were unfortunately commonplace. But these communications were far from the worst of the intimidations that I observed.

For several months, animal rights groups have targeted our scientists and their families back home on a weekly basis. Every Sunday, masked activists show up at their doors. They repeatedly and loudly chanted things like, “We know where you sleep at night!” They held banners and pressured scientists to quit their jobs to avoid further harassment. Initially, the crowds mocked “We’ll be back!” Unfortunately, they kept their promise, returning to scientists week after week. Around the same time, a researcher saw his house vandalized with spray paint. In another house, two cars were badly damaged by acid and paint. The message sent was loud and clear: they could easily reach us.

The weekly harassment finally ended with a high-profile court verdict in 2006. In that trial, six activists affiliated with a group called Stop Huntingdon Animal Cruelty were found guilty of inciting violence and stalking people connected with a New Jersey contract research company. The result clearly had a major impact. Animal rights extremism has declined significantly in the United States, according to data compiled by the Center for Strategic and International Studies. So far. Unfortunately, threatening language and actions fueled by misinformation campaigns seem to be on the rise again.

This is why many of us involved in animal research have been encouraged by two recent court decisions, one at the state level of California, the other at the federal level. In both of these remarkable cases, the judges recognized the dangers of escalating violent and threatening rhetoric aimed at health researchers.

The most recent case involved the University of Washington (UW). There, People for the Ethical Treatment of Animals (PETA) repeatedly and aggressively attempted to obtain the names of current and past members of the university’s Institutional Animal Care and Use Committee (IACUC). These committees, which exist in most major research institutions, are formal bodies required by animal welfare law and composed of veterinary and health research experts as well as ordinary citizens who represent the surrounding community. These panels help protect laboratory animals by rigorously reviewing all research proposals before any studies are allowed to begin. They can require changes to ensure that animal use is necessary, appropriate and ethically sound. They can even reject proposals if these criteria are not met.

For the most part, service on IACUC committees is voluntary. And because these signs are required by law, the need to ensure member safety is paramount. Imagine trying to staff an IACUC or recruit future members if participation exposed volunteers to targeting and harassment.

This was precisely the concern of several IACUC members at UW following a series of alarming incidents, including harassment of staff in their private residences. In December 2020, masked protesters showed up armed with signs calling staff by name, at private homes where children and other family members were present.

We must develop solutions that balance the public’s right to know with reasonable safety provisions for those conducting and overseeing animal research.

These incidents weren’t the only reason committee members were seriously concerned about PETA’s demands for their personal information. IACUC meetings, which are open to the public under Washington state law, have become increasingly disruptive and disruptive. Activists present via Zoom repeatedly interrupted and aggressively challenged committee members. They called IACUC staff members “sadists” and “Nazis”. They even compared UW’s health research facilities to Auschwitz, Hitler’s notorious World War II death camp, where more than 1.1 million men, women and children died. been murdered.

Animal rights activists have also sent countless threatening emails, letters and voicemails to UW staff involved in animal studies. One called health researchers “vile [expletive] humans,” adding, “I will do what is necessary to stop animal research. Based on this long list of incidents, a U.S. District Court judge ruled in favor of modest and reasonable protections for UW IACUC members, barring the university from disclosing their names to PETA. .

A California judge came to a similar conclusion. There, the University of California, Davis, prevailed in a civil lawsuit filed by PETA. In this case, the animal rights group requested access to unpublished research data collected by two researchers at the California National Primate Research Center. A state Superior Court judge determined that releasing the material would not only infringe on academic freedom, but also increase the risk of scholars being subjected to physical injury and harassment by activists.

PETA says it plans to appeal the UW case, saying it requested the identities of more than 70 current and past committee members simply to verify that the university’s IACUC met federal guidelines. However, as the recent U.S. District Court decision notes, this issue has been raised repeatedly by PETA and other opponents of animal research over a period of years. And each time, authorities designated by law with respect to IACUC requirements have verified that the UW committee is in full compliance.

So what should happen next?

At Americans for Medical Progress, we believe it’s time for the leaders of our nation’s public and private research institutions, as well as federal, state and local officials, to follow the example of the courts and take the harassment and intimidation of animal researchers. We must develop solutions that balance the public’s right to know with reasonable safety provisions for those who conduct and oversee animal research, much of which ultimately benefits human health.

In addition, the animal research community needs to embark on an extensive public education campaign. Americans deserve a fundamental understanding of how the biomedical research process works, how humans and animals directly benefit, and who will be harmed if we prematurely suppress animal studies. We must also counter the flood of animal rights propaganda that is fueling growing levels of hatred and anger.

US courts are beginning to respond to calls for help from the research community. We now need others in positions of authority to listen and respond as well.