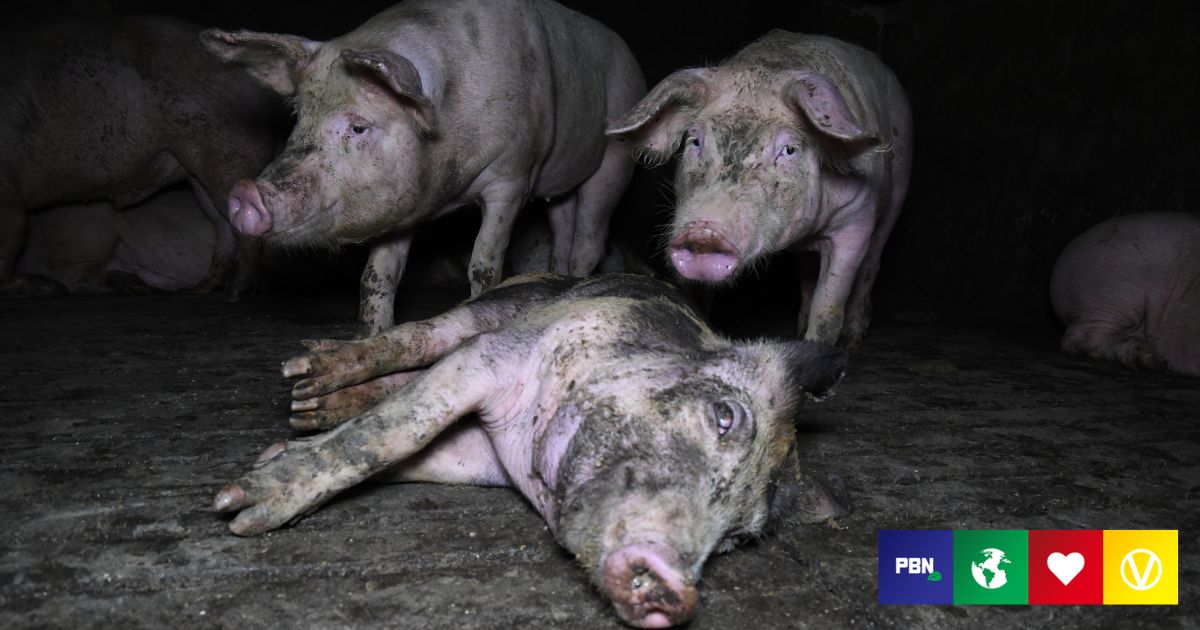 Warning: this article contains photos of animal abuse that some may find upsetting

One of the UK’s largest pig farms has been closed following multiple allegations of animal welfare breaches.

Flat House Farm in Leicestershire has been investigated by UK animal rights organization Viva! in 2020.

Alan and Rachel Elvidge, who are directors of farm owner Elvidge Farms Ltd, appeared in court following a Trading Standards investigation into their business.

Elvidge Farms Ltd pleaded guilty to one count of breaching the Animal Welfare Act 2006 (Section 9 – duty of person responsible for animal to ensure welfare). The company was fined £4,500.

According to Viva!, a court proceeding revealed that Flat House Farm no longer raises pigs.

While Viva! celebrated the news that the farm is not in operation, he expressed his disappointment that the owners did not receive harsher penalties.

“The public must wake up”

In an announcement after the trial, Viva! Founder Juliet Gellatley said she was “delighted” that Flat House Farm has closed.

Speaking later to Plant Based News (PBN), she said, “To learn that Flat House Farm no longer has pigs brings me great joy. To have witnessed the immense suffering that took place on this horrible farm, to know that no pig will have to endure this hell is a comforting thought.

She went on to say that the fact that no one responsible faces a prison sentence is “unacceptable”. She added that, had Trading Standards presented a stronger case in court, “perhaps those who caused mass pain and unimaginable stress would face more serious repercussions.”

“While we can celebrate this victory, I cannot really be happy knowing that millions of other animals are still being subjected to daily torture in disgusting conditions. The public must realize that this is the reality of British animal husbandry: the false idyll of ‘free range’ and happy farm animals is a lie. We need to go vegan now to end the suffering.

In 2020, Viva! released footage of its investigation of the farm.

The footage was called “disturbing” by Tory MP Henry Smith. The farm was insured by Red Tractor, and the organization said it was “appalled” by the conditions after the video emerged. His insurance tag was removed after the investigation. Red Tractor CEO Jim Moseley told BBC Radio 4 that his reputation had been damaged following the Viva! video.

After the expose, Trading Standards conducted its own investigation, which led to Flat House Farm being sued.

Trading Standards brought a total of 68 charges, but only offered evidence for one, and the rest were dropped.

The news comes just days after a separate report looked at the problem of the lack of enforcement of welfare laws in the UK.

In what has been dubbed “the enforcement problem”, investigators found that less than three per cent of UK farms are inspected each year.

Additionally, they found that only 0.33% of complaints filed led to animal cruelty prosecutions.

“Non-compliance is rampant, repeatedly highlighted by secret investigations and now reinforced by the data revealed in this report,” said Abigail Penny, executive director of Animal Equality UK, which compiled the report.