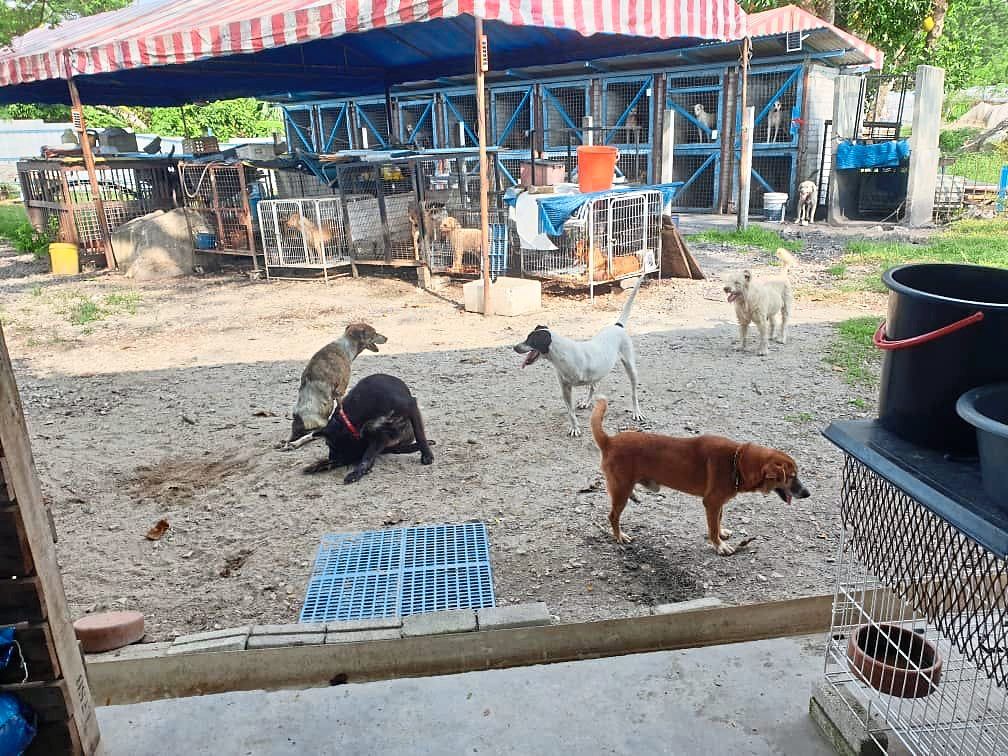 The MUTTS and Mittens shelter for rescued strays in Menglembu, Ipoh is dilapidated and in need of repair.

The chairman of the non-governmental animal welfare organization Chong Choon Kit said the premises were in poor condition and they were holding a charity dinner at a restaurant in Ipoh on November 5 to raise funds for works renovation and repair.

Chong said among the items needing repairs were old kennels, cages, fences, a balcony and a drainage system.

“The place will be flooded when it rains heavily, so we need a better drainage system and flooring.

“We also need a new isolation area for sick dogs that need intensive care,” he told a news conference.

“Funds raised will also be used for our operational expenses, including animal health expenses, neutering and neutering costs, worker salaries, animal welfare education, and day-to-day operating expenses of our refuge.

Chong said he hoped to get financial support and donations from the public.

“We rely solely on donations from the public to run our organization and shelter.

“The Covid-19 pandemic has been affecting us negatively for over two years,” he said, adding that there were around 300 rescued animals at the shelter.

“We look forward to the generous support of the public for our ticket sales or any other form of donation.

“I also hope that the public can support our food bank program, spaying and neutering initiative and adoption campaigns,” he added.

Also present at the press conference, Canning MP Jenny Choy urged Ipoh City Council to work with all animal welfare NGOs to find a solution to the problem of stray animals in the city.

Choy said she believes neutering strays is an effective and humane method of controlling the stray animal population.

Tickets for the charity dinner are priced at RM90 per guest, RM300 for a seat at the VIP table or RM400 for two tickets, which includes an inauguration ceremony for one person.

Meanwhile, a US-based non-profit animal rights group has been set up to raise awareness and help stray dogs in Malaysia.

Called Filbert’s Foundation for Furry Friends (F5), a non-governmental organization, was founded and established in April of this year by Dr. Namita Gill, a 43-year-old Malaysian-born nephrologist who has been practicing in Seattle, Washington since 2008. .

“I am a passionate animal advocate. Over the years, the inhumanity faced by Malaysian strays has just exploded.

“We want to help those who are already doing the work and identify other options to help the wanderers,” she told StarMetro.

“We will use our vast resources and offer a different perspective to educate Malaysians abroad about the plight of stray dogs in Malaysia.

“There has also been a lack of help from international animal welfare foundations and societies on the ground in Malaysia compared to the work they are doing in our neighboring countries,” she said.

“Having strong alliances both in Malaysia and around the world to champion change can only benefit dogs,” she added.

Dr Namita said F5 hoped to set up a welfare program to help projects in Malaysia for the benefit of strays.

“We are committed to helping in any way we can, including fundraising efforts.

“We advocate for Trap, Neuter, Release and Management (TNRM) programs because it has been repeatedly shown to be the most effective and humane way to reduce the number of stray dogs worldwide. developing,” she said.

“We also want to educate and promote compassion, while seeking justice for the wandering people,” she added.