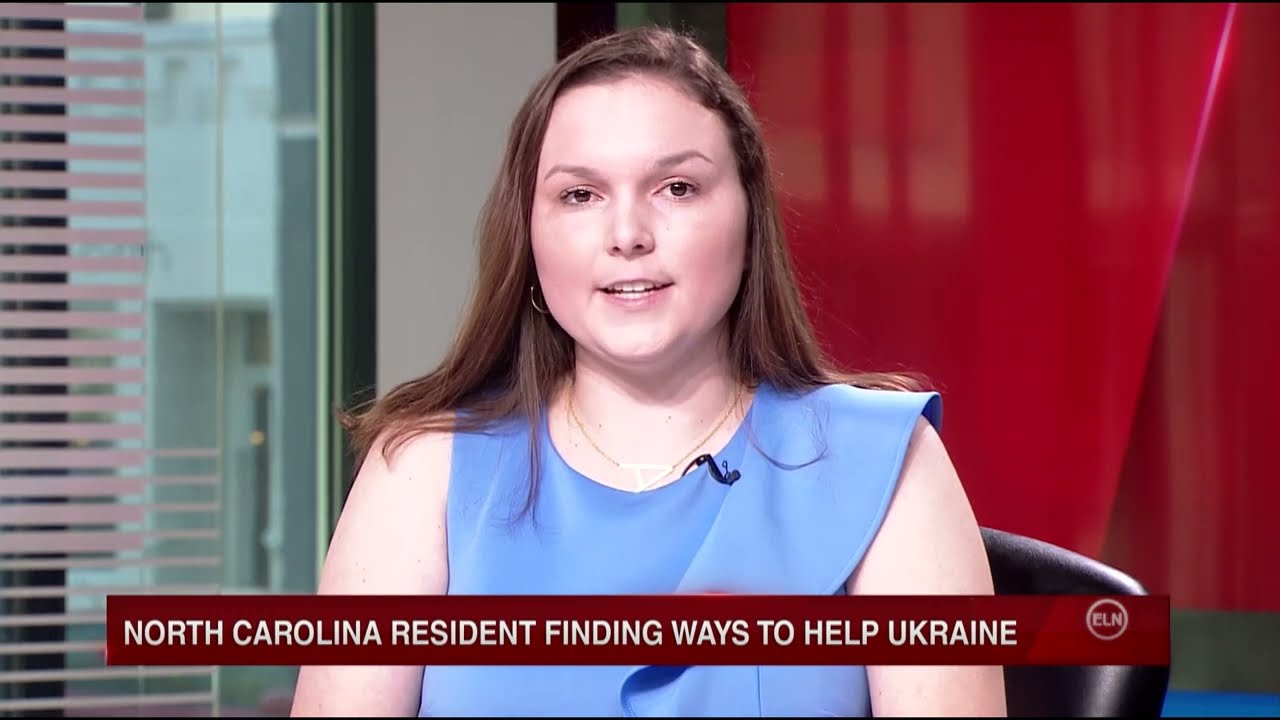 Galina Karpensky has always had a soft spot for animals, whether saving them or rehabilitating them through his non-profit organization, Beautiful Moans and Lickers. She and her husband, Peter Karpenski, founded the nonprofit in 2016, with a mission to rescue “hard-to-adopt” dogs from local animal shelters in and around Caswell County.

But when she saw her home country of Ukraine quickly tearing itself apart due to war, she knew she had to do something – not necessarily focusing on humans, but rather on animals. .

“All these animals, they don’t know what’s going on,” Karpenski said. “Why are they getting bombed?”

Since Russia began its war against Ukraine in February, the United Nations High Commissioner for Human Rights reported more than 3,400 civilian casualties: over 1,000 killed and over 2,000 injured as of 3 April.

But humans aren’t the only ones at risk – animals in rescue shelters are dying in fires, pets are taking to the streets, and strays are going hungry due to food shortages. As millions of Ukrainians evacuate their homes as the war progresses, more and more pets are being abandoned. Additionally, as the war continues, the shortage of pet food and supplies also increases. These concerns persist as more humans evacuate, resulting in more displaced animals.

To help address these issues in Ukraine, Fine Whines and Lickers has held fundraisers, held online auctions and collected donations since February. Pet food, crates, kennels and financial assistance go directly to animal shelters in Ukraine, including Tailed war hostages in Lviv and the Happy Paw Foundation in Kyiv.

Oksana Koshak, founder of Tailed Hostages, said support efforts and donations from the United States have helped many shelters in Ukraine. Tailed Hostages currently partners with 16 other organizations to achieve animal welfare in various locations including Kyiv, Mykolaiv and more.

Koshak said that when Tailed Hostages receives monetary donations and other animal items, the group delivers the food and supplies to other shelters, especially in war-torn areas. Currently, Tailed Hostages is located in western Ukraine, far from the main battlefield.

“There are many, many people in Ukraine who were unable to evacuate in a proper and timely manner,” Koshak said through an interpreter. “Animals are left in Ukraine in hotspots.”

Koshak said just before the war started that she was the head of a wealth management department in the Lviv city council, but when the Russians invaded she immediately resigned to help the animals get out streets. She said she constantly receives multiple phone calls every day, solving more animal problems, even at the Polish border. Each day is filled with seeing a number of animals that have been seriously injured.

“When people left and evacuated or just escaped, they abandoned their animals and left them there,” Koshak said. “We hope they won’t be abandoned forever, but it’s a problem that a large number of animals are left on the streets.”

Koshak said Tailed Hostages serves the needs of around 100,000 animals in Ukraine.

Nastya Aboliesheva, an employee of Happy Paw in Kyiv, works closely with Koshak. Aboliesheva said support for the dogs is so vital that many of them are unaware of what is happening. Dogs have died from shelling, fires and even psychological shock.

“Animals certainly don’t understand what’s going on and what’s going on right now,” Aboliesheva said through a translator. “The animals, especially the dogs, are very scared and some have panic attacks under the shelling and they are quite nervous. It’s really bad for them.”

Aboliesheva said that although the animals face a number of negative psychological effects, it is equally bad for the humans caring for them, especially those left behind as the war continues.

Although it’s hard to stay in the country right now, she and other volunteers are doing it for the animals.

Fine Whines and Lickers volunteer Veronika Solodar said her switch to supporting animals during the war happened when she realized they weren’t getting the attention they needed in the news . As a Ukrainian living in North Carolina, she said humanitarian aid to Ukraine was important, but animals should also be a priority.

“It’s the cats, the dogs, all the animals in the zoo, all the ones that were left in the locked apartments or houses that weren’t evacuated,” Solodar said. “Yes, the priority is absolutely people, but that doesn’t mean animals should stay and should be left behind.”

Since starting fundraising in February, Karpenski said Fine Whines and Lickers has raised more than $13,000 to send to Ukraine.

Both Aboliesheva and Koshak said they are grateful for everything Fine Whines and Lickers has done for them. And even if this money does not go directly to humanitarian aid, it helps victims who are just as innocent: the animals of Ukraine.

“We want this war to end soon, but unfortunately it continues,” Koshak said. “We need continued support from all foreigners as we understand this will go a long way in helping animals in Ukraine.”