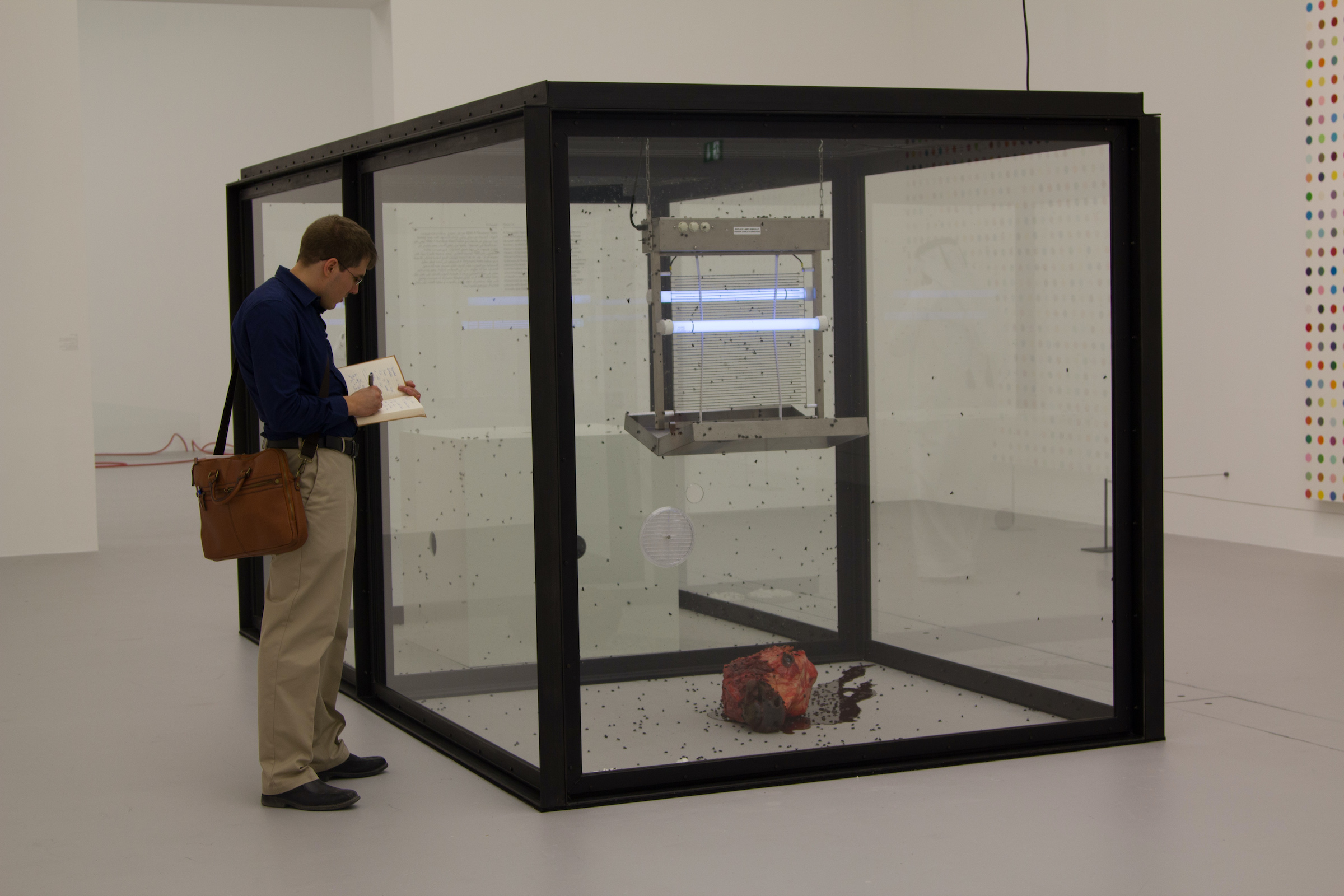 The Kunstmuseum in Wolfsburg, Germany has closed an installation by Damien Hirst displaying dead flies after animal rights group PETA complained to the city last week. The work, titled “A Hundred Years” (1990), consists of a glass case in which flies hatch, fly towards a bright light, and then are incinerated by the same light that attracts them. The mechanism replicates the technology of popular fly zappers.

“We thought the flies did not fall under animal welfare law,” Andreas Beitin, director of the Kunstmuseum Wolfsburg, said in a statement to German media. Braunschweiger Zeitung. According German law“No one may cause pain, suffering or harm to an animal without a valid reason.”

“Killing animals has nothing to do with art, it just shows the arrogance of people who stop at nothing for their own interests,” a PETA representative said in response to the exhibition of the work in Wolfsburg.

A similar version of Hirst’s work titled “A Thousand Years” (1990) included a real cow’s head under the light. The dead flies would then accumulate around the rotting head.

This is not the first time that Damien Hirst, one of the greatest richest artists – has been criticized by animal rights groups. His work “The Physical Impossibility of Death in the Mind of Someone Living” (1991) features a floating 14-foot tiger shark preserved with formaldehyde – “captured and killed by a fisherman in Australia at the request of Mr. Hirst in 1991” , according to New York Times. And in 2012, the artist was accused of killing 9,000 butterflies for a facility at the Tate Modern in London.

The now dismantled installation was included in an exhibition entitled Power! Light! who explored the advantages and disadvantages of human invention: “On the one hand, artificial light makes cultural events possible, provides social space and protection, can highlight people, objects or articles of consumption and thus give them meaning. On the other hand, power is exercised with the targeted use of electric light: it can be used to monitor, manipulate, exclude or even destroy,” reads a description of the exhibit on the website of the museum.

Power! Light!, which included the work of over 60 artists, closed July 10. The Kunstmuseum Wolfsburg did not respond to Hyperallergic’s request for comment.

Advocates are convinced that Hochul wants standards for animal shelters