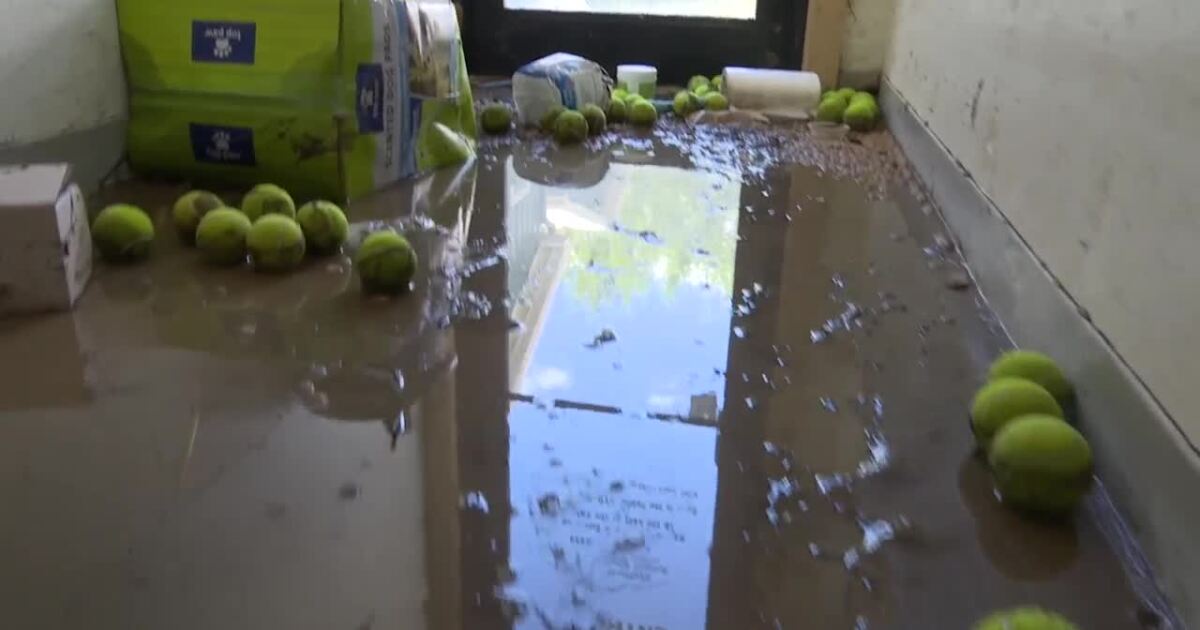 LIVINGSTON — The Stafford Animal Sanctuary has been severely damaged by flooding and may need to find a new home, following the Yellowstone River flooding on Monday.

Monday night, when evacuations began, Alicia Davis said water levels outside were low and no water had entered the parking lot. While they were making preparations in the cat room, the windows started pouring water into the room.

“It was horrible, shocking is the only way I can describe it. It was like a flash flood that happened all of a sudden, it just swept over here,” Davis said.

A water line can be seen throughout the shelter facilities, and even outside, marking the water level. The team had to spring into action quickly, some dogs were rescued by a kayak rescue team, while other dogs sought shelter on the second floor of the barn out back.

“No employees (were injured) and all animals are safe, so that’s the good news,” said executive director Steve Leach. “The bad news is that the refuge has been taken down.”

On Tuesday, team members waded through waist-deep water, hauling dogs, cats and their small animals out of the shelter. Stafford staff made sure the animals had access to food while they were in the shelter, awaiting evacuation.

“It’s devastating – I mean the work we’ve done, we thought we’d come a long way and we were looking ahead when it happened,” Leach said, “and it just blew us away. derailed. We don’t know where to go from here.

Many animals have found refuge in foster homes, local rescues, and even local boarding houses, such as Rob Greger and Anduril Kennels.

Greger received the call from his daughter around 1:30 a.m. on June 14 that the dogs were on their way to her kennel. Four dogs have called Anduril Kennels home for a while.

“They had quite an adventure,” Greger said, “The four guys I had were taken by whitewater lifeguards in kayaks.”

Greger notes that the dogs he cares for seem to adapt well and that events, like a flood, do not inherently affect their emotions, but they do pick up on human stress.

“Everyone is doing their little part and trying to make the world a little bit better,” Greger said.

Three of the four dogs will be moved to a shelter in Missoula, while they wait to start their new lives west of the Continental Divide.

With all the animals in Stafford safe, in homes or shelters, the question remains: what will happen to the shelter?

“We lost our boiler, the heating system, the surgical equipment, the computers, the electricity, it’s almost a total loss,” Davis said.

Assessments will be made in the coming weeks to determine whether staff will move forward with the project to renovate and rebuild the shelter, or whether they must find a new location entirely.

If anyone would like to help, a fundraiser is in the works, but in the meantime the staff recommends donating on their website.