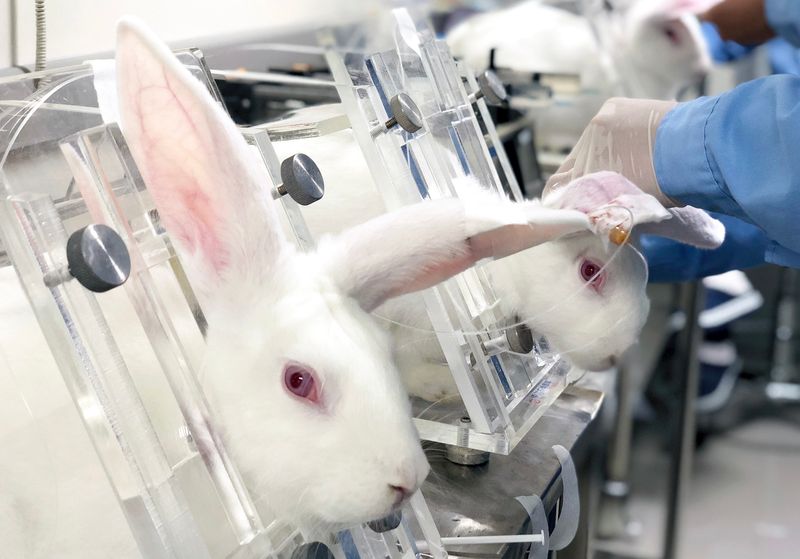 On Tuesday, April 5, the Harvard Law School Animal Law & Policy Clinic filed a lawsuit against the United States Department of Agriculture for, it says, evading “its legal duty to conduct comprehensive annual inspections of research facilities as required by the Animal Welfare Act”. Law.”

The lawsuit, which was filed on behalf of animal welfare organizations Rise for Animals and Animal Legal Defense Fund, centers on the USDA’s decision to change the way it handles inspection of research facilities that house animals. animals for the purpose of scientific study. Instead of conducting a full annual inspection itself, the agency decided to hire a third-party organization called the Association for the Assessment and Accreditation of Laboratory Animal Care (AAALAC) International in February 2019. according to internal documents obtained through FOIA requests from the Harvard team which were described in the suit and in an interview with The scientist. But the USDA never publicly announced the change, which involved conducting only partial inspections of AAALAC-accredited facilities. Earlier reports on this documentation suggest the USDA made the decision in order to ease the workload of its inspectors, but the lawsuit suggests the agency is effectively evading its responsibilities under the Welfare Act. be animal (AWA) while claiming to carry out robust research inspections. sites.

“My perception is that the agency is trying to find a cheaper, more efficient way to do inspections,” says David Favre, an animal rights expert at Michigan State University who is not connected to the lawsuit. “And when a lab is already inspected under the other set of codes, they don’t have to review as much because they’re already covered by someone else.”

AAALAC International is a private, non-profit organization that assesses research institutes to ensure they meet animal treatment standards. Its website claims the organization has more than 1,000 members, including universities, government agencies and science foundations. Unlike USDA inspections, AAALAC International site visits are announced in advance, and because the organization is a private institution, it is not specifically beholden to the AWA, its internal documents are protected. against FOIA disputes and it is not required to publicly disclose its findings. According to the lawsuit, this leaves the welfare of research animals in the hands of a largely voluntary framework of self-policing.

[The USDA] somehow got caught with their pants down.

A 2015 study in the Journal of Applied Animal Welfare Science found that facilities accredited by AAALAC International had a significantly higher number of AWA violations than non-accredited sites and that accreditation did not increase compliance with animal welfare regulations.

“Peer-reviewed research has concluded that laboratories accredited by the [AAALAC]an industry trade association, had a higher rate of AWA violations than labs it does not accredit, because animal husbandry requirements under the AWA are the strict minimum to make sense of the concept of ‘animal welfare’,” Taimie Bryant, director of the University of California, Los Angeles, Animal Law and Policy Small Grants Program, says The scientist by email. “Dealing with animal welfare entails costs that these labs do not want to incur, thus creating a conflict of interest for the industry trade association (the AAALAC) and its inspectors when tasked with ‘inspect compliance with animal welfare requirements under the AWA.’ Bryant and his program are not involved in the lawsuit.

“There are plenty of institutions that maintain AAALAC accreditation, even where the USDA has found serious AWA violations,” said Max Hantel, a Harvard Clinic law student working on the lawsuit. The scientist. And while AAALAC International can put research sites on probation, he says, the statutes of those institutions are not disclosed. “Everything is secret. We don’t know who is on probation, and the USDA considers all of this accredited.

The Harvard team says that according to emails it obtained through FOIA requests, the USDA explained to inspectors that a partial inspection of AAALAC International accredited institutions should not involve checking more than one of the following each year: the facility, the animals housed there, or the relevant documents. In some cases, inspectors only need to confirm that certain documents are on file, which in practice means that years can go by without inspectors examining a single animal at a given facility. Also in the FOIA emails, some inspectors asked hypothetical questions like whether they would be able to perform a full inspection at smaller facilities where it would be fairly straightforward, but were told to refer to the new guidelines. . The inspectors were also told in the emails that the USDA had decided not to announce the change and that they should not release the policy change to the public.

Meanwhile, in its explanatory memos to the annual budget to Congress for 2022, the USDA uses general language to say that it continues to inspect all animal research sites as required by the AWA, without mentioning the new partial inspection system.

The USDA press office declined to comment for this story, citing ongoing litigation. At the time of publication of this article, AAALAC International has not responded to The scientistmeeting request.

The Harvard team launched its FOIA investigation in response to what it considered to be suspicious allegations from the USDA regarding an earlier case, Hantel says. In that case, groups including the Harvard Clinic sued the government for failing to require that primates used for research be kept in sufficiently engaging and nurturing enclosures. The USDA responded to these allegations by citing its annual unannounced inspections as evidence that the institutes were AWA compliant, but subsequently released documents revealed that the agency had already sent out its instructions to conduct partial investigations.

This alleged discrepancy between the USDA’s handling of the inspection process and its legal obligation to conduct thorough investigations under the AWA is at the heart of the lawsuit. AWA-mandated inspections follow a carefully designed process in which inspectors identify all the ways research animals may be mistreated in terms of sanitation, psychological enrichment, husbandry and general care.

“If the USDA does not require AAALAC inspectors to perform comprehensive inspections and fully report what they find, as plaintiffs claim, the result is the loss of important irreplaceable information,” Bryant said. . “There is no other way to obtain information on compliance with AWA requirements because only the USDA has inspection and enforcement rights.”

The animal welfare organizations suing the USDA are seeking damages on the basis that the unavailability of public inspection records makes it difficult for them to conduct their business. This includes maintaining the ARLO (Animal Research Laboratory Overview) database, which Hantel describes as one of the main windows into animal research available to anyone outside of these research institutes.

“I think it’s a credible trial,” Favre said. The USDA “kind of got caught with their pants down.”

“On the face of it, it’s at least embarrassing” for the USDA, Favre adds of the lawsuit. “And it can also be used as a call for Congress to step up and say something about it in the budget process.”

Hantel says he hopes the lawsuit will provide the organizations behind the litigation “with the information they are required to by law, as it is essential to their missions.” Overall, he argues that “these voluntary self-policing measures don’t do it if we’re going to have a humane approach to scientific research on animals.” He adds that he wants to “bring the USDA inspection regime back to what it’s supposed to be under the law, under the Animal Welfare Act.”