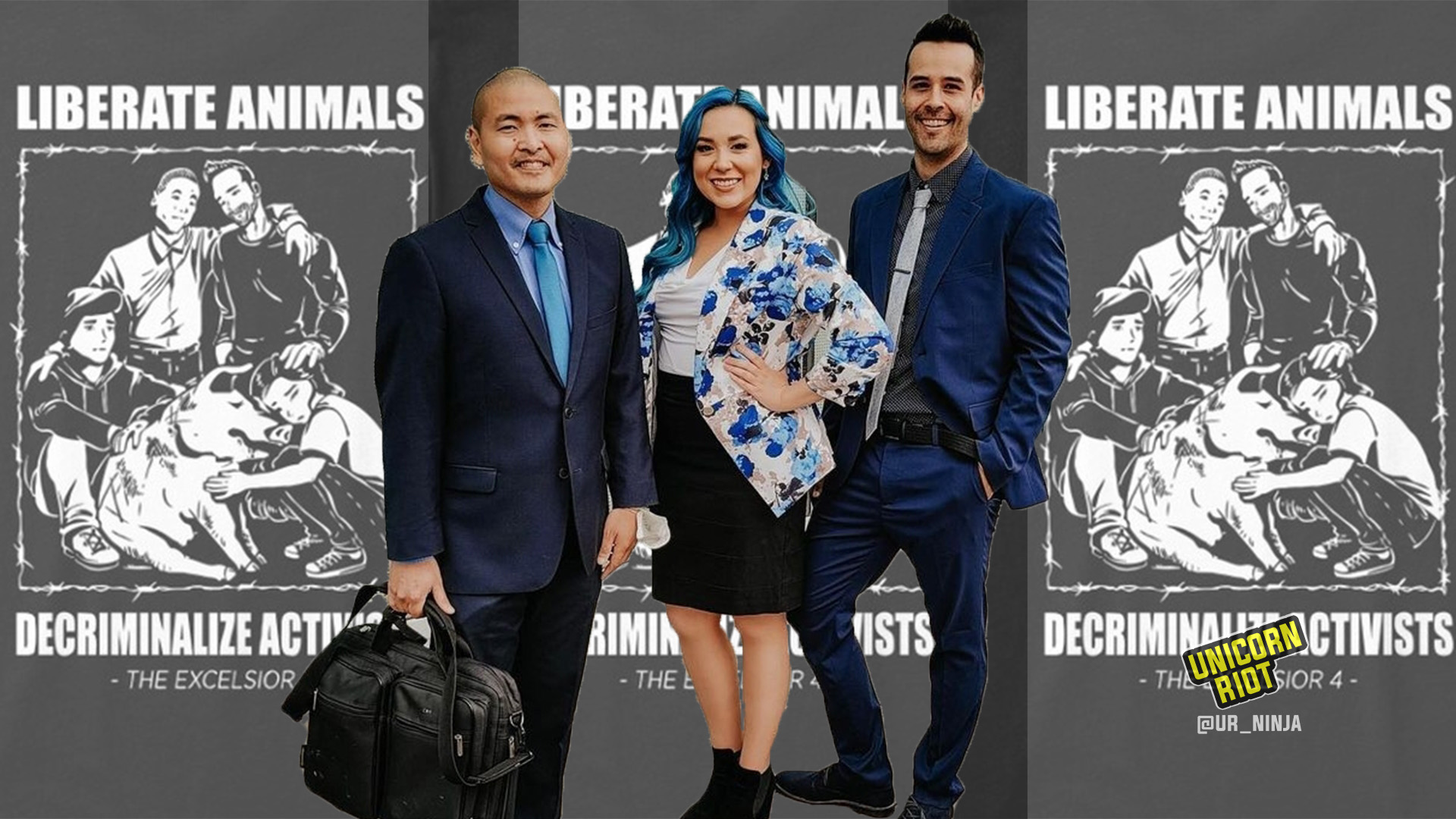 On her instagramSoranno spoke to her followers about how she felt after hearing the news: “The legal repercussions for us, whatever they might be, even if it’s the maximum penalty, it would pale in comparison to what farm animals go through and what the pigs inside of Excelsior Hog Farm endure.”

She also reiterated demands that she and other BC animal rights activists make: “We are calling on the BC Ministry of Agriculture to implement mandatory CCTV cameras on all farms and slaughterhouses, and to pass enforcement of the BCSPCA Animal Act, which is a private charity, to a more accountable and transparent government agency.”

In the past two weeks, three animal rights activists – Amy Soranno, Roy Sasano and Nick Schafer – have stood trial for an April 2019 non-violent direct action intended to shed light on the treatment of pigs and piglets in inside the Excelsior Hog Farm. Both the Crown and the defense ended their arguments on Wednesday and closing arguments were presented on Thursday.

Also on Wednesday, British Columbia Supreme Court Justice Frits Verhoeven acquitted the activists of all but five charges, so they still face a total of five felony acts of breaking and entering and of criminal mischief.

During the farm action, about 50 activists out of the gathering of 200 people entered a farm building where they witnessed dead pigs in a dumpster, pigs lying on the ground unable to get up due to injuries, and “Row after row of pregnant pigs crammed into metal crates the size of their own bodies, unable even to roll over or move for months.”

The seven-hour occupation ended with an agreement that activists would leave if some of their demands were met – with mainstream media getting permission to enter the farm and take pictures and vets checking the animal welfare.

During the first week of the trial, on June 29, Judge Verhoeven ruled that the defense was barred from arguing that Excelsior had engaged in unlawful animal abuse. Judge Verhoeven also barred them from showing the jury any video footage of animal cruelty at Excelsior.

Amy Soranno’s attorney, Leo Salloum, argued against the decision: “Not having the ability to play this video cuts the legs under many of the defenses we planned to raise.”

The following day, defense attorneys discovered that the Crown had failed in its duty to disclose large volumes of additional evidence, some of which appeared to benefit the defense case. Given that preparation for the trial took almost three years, the defense should have had years to review this evidence, but Judge Verhoeven gave them the weekend.

While Crown prosecutors argued that the owners of the Excelsior hog farm, the Binnendyk family, were the victims, in cross-examination, farm co-owner Calvin Binnendyk said he was unaware of the laws relating to the treatment of livestock. Binnendyk was unable to say for sure whether or not he abused animals in his care, as he had never read or heard of the Prevention of Cruelty to Animals Act (ACAP).

“The fact that we are still facing prison terms while Excelsior Hog Farm is free to continue its abusive practices is a travesty of justice. This case further illustrates the obvious bias against animals and activists in the animal agriculture industry, the BCSPCA and the police. “

The jury began its deliberations on Friday morning, and will remain sequestered until it renders its verdict.