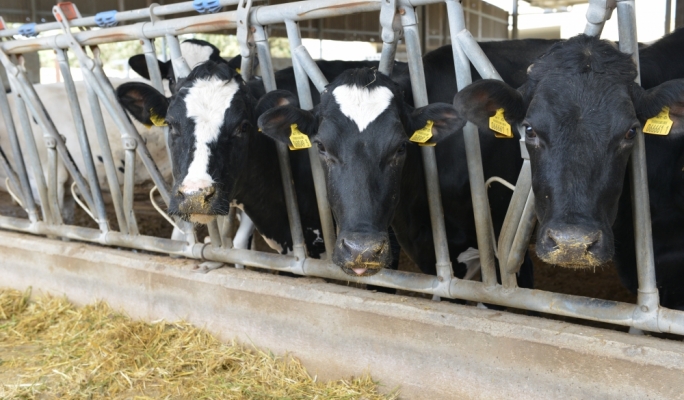 Updated at 6:48 p.m. with Milk sector cooperative Declaration of the KPH group

Maltese farmers have raised a stink over an online message from Malta’s Animal Welfare Commissioner, for marking World Milk Day with a message challenging the need for human consumption of milk.

Alison Bezzina, who as commissioner champions animal welfare and animal health, care and treatment standards, said in a Facebook status that producing milk for human consumption requires the artificial impregnation of cows to preserve production milk.

Activist Jeanette Borg, from Malta Youth in Agriculture, couldn’t care less, urging commenters to signal their dislike of the post. “This post is unacceptable and an insult to our dairy farmers in Malta and Gozo who ensure high standards of animal welfare on their farms.”

Bezzinas’ post took a sharp tone on milk production, which scientifically cannot be produced by cows unless they have just given birth. Separating the calves from the mother ensures that the cow continues to produce milk, a process informed by maternal instinct, while the young are fed formula. “[Cows] are forcibly and artificially impregnated every year to continue producing milk… even separated from their calves, they will continue to produce milk, for months. But it’s take-out and sold to consumers. This cycle repeats itself every year and only ends with the slaughter of the cow,” said Bezzina, who hashtag her post with #crueltyfree and #plantbased.

All humans can digest milk during infancy. But the ability to do this in adulthood has developed quite recently, probably within the last 6,000 years. A handful of mutations allow adults to produce the enzyme lactase, which can break down lactose from milk sugar.

While animal rights activists and vegan promoters applauded the post, Borg’s reaction prompted a slew of critical comments on the commissioner’s official page.

“It’s a shame for the country that on such a science-based issue as animal welfare, we have a commissioner who has no idea about all aspects of the subject,” said MCAST’s deputy director for agricultural studies. , Malcolm Borg, also founder of the Ghaqda Bdiewa Attivi. .

“This question is so easily sensationalized that logic, justification or simple research is bypassed. And the commissioner thinks she’s doing the animals a favor by adding fuel to the fire. Vegans believe they are called to this battle to fight cattle sickness,” Borg said.

Borg also called Bezzina’s appointment a concession to animal lovers, saying she was uninformed of the difference between animal welfare and animal rights.

In a statement, dairy cooperative KPH Group called the commissioner’s post “unacceptable”, insisting the information was intended to “mislead people”.

“As a cooperative, whose members are the local dairy farmers, we confirm that they are doing everything necessary to keep the cows in conditions that meet European Union standards,” he said.

KPH said the post was aimed at harming the “important” sector, insisting that the message conveyed went beyond the role played by the office of the animal rights protection commissioner.

“It is at a time when we are going through a difficult period, when it is necessary to promote the whole local agricultural sector for food security,” he said.

George Carbone, a former director of the Department of Agriculture and Fisheries, joined the fray, calling the “anti-milk” missive “blind and stupid”.

“If it weren’t for the dairy industry involving millions of farmers, researchers, veterinarians, investors in the production of dairy products – milk, cheese, butter, yogurts – and meat products, most of whom have contributed fight malnutrition and starvation. throughout the world, the bovine species would have suffered the same fate as the extinct dinosaur.