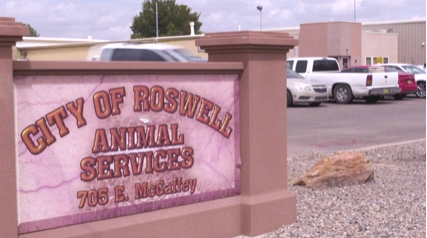 ROSWELL, NM (KRQE) – The city of Roswell is hiring more staff for its animal shelter after community members and animal rights groups raised concerns about neglect in the city. In a public comment at a recent city council meeting, a member of the Support Roswell Animals group spoke out, giving a little insight into what she says is going on at the shelter.

“Adoptions are down, claims are down,” said Anna Edwards of Support Roswell Animals. “We have one or two kennel workers to feed, care for and clean over 150 animals. It is therefore extremely important that the staff of these kennels be increased.

Animal rights groups say the dogs are not getting proper veterinary treatment and have cited issues such as dogs coming into contact with cleaning products causing blisters on their paws. In response, the city held a meeting in August and has now approved funding for six new positions for animal services.

According to a report from city staff, more employees are needed to ensure the shelter meets the state’s requirement that every animal in the shelter receive at least fifteen minutes of care per day. During the meeting, a counselor asked why there was turnover at the shelter. The director of animal services said it was hard work.

“The work is exhausting. It is very laborious. So one of the guys we lost was 65, it took a toll on him,” said Nicole Rogers, director of Roswell Animal Services.

The city approved $325,000 for the six new positions. Five of the new positions will help run the shelter. The sixth position will be an officer to help manage reception and ensure animal services are properly provided.

The shelter can accommodate approximately 152 animals. According to the city staff report, if funding for new employees were not approved, they could only properly care for 61 animals or even face the shelter’s closure.

Animal services say they plan to extend their hours once they have more staff. They currently close at 5:00 p.m. on weekdays, which residents say isn’t late enough to check on pets or pick up lost animals after work.

Inmates are allowed to work in an animal shelter