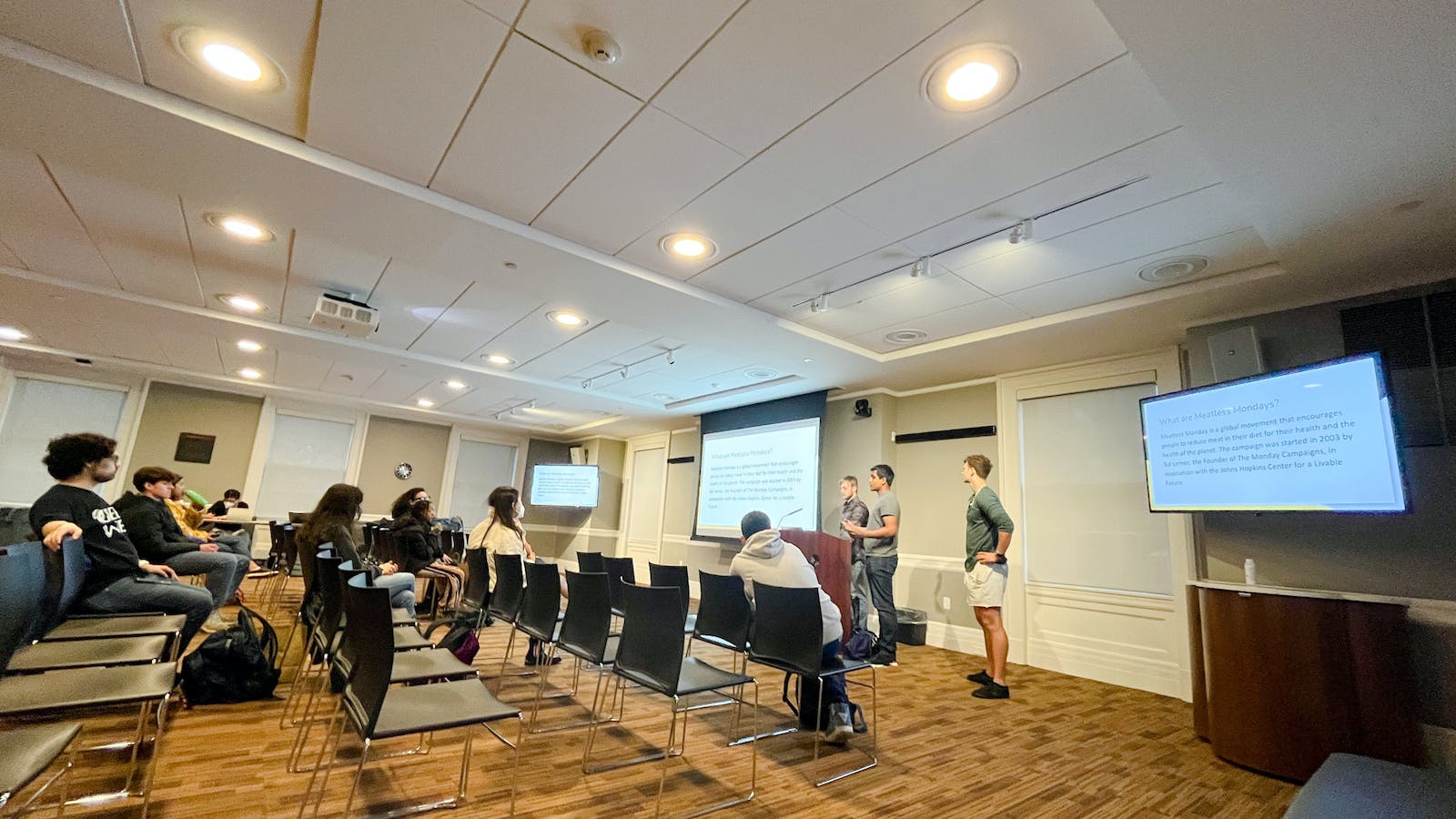 In their presentation, BARC discussed the organization’s Meatless Monday referendum, which will ask the following question on the SGA’s spring ballot: “In order to reduce Brown’s negative impact on the climate, public health and Animal Welfare, Should Brown Dining Services Institute a Meatless Monday? initiative?”

BARC first proposed and collected signatures for the October 2021 referendum, Richards wrote in an email to the Herald. They secured 312 signatures in two weeks, exceeding the 300 signature requirement needed for a referendum to be included in the spring election ballot, he added.

According to the presentation, Meatless Monday is “a global movement” that was “started in 2003 by Sid Lerner, the founder of Monday campaigns, in association with the Johns Hopkins Center for a Livable Future” to encourage the public to cut down on their meat consumption every Monday. Presenters cited climate, public health and animal welfare issues as reasons why Meatless Monday should be implemented.

The presentation stated that animal agriculture increases greenhouse gas emissions and deforestation, which makes the consumption of animals and animal products an environmental problem.

“We could significantly reduce our (environmental) impact simply by … avoiding such heavy use of animal calories in our diets,” Richards said.

The presentation also suggested that a vegan diet may provide several health benefits.

After the presentation, some UCS members expressed concerns about the impacts of a possible Meatless Monday initiative on the student-athlete community on campus.

“Based on my experience on the Campus Life committee, athletes and sports organizations have come forward to tell us about the importance of meat in their diets,” said UCS General Body Member Deborah Meirowitz ’22. . Because of these concerns, “it might seem good to have (the support of) sports groups” before adopting such a measure.

The Meatless Monday referendum will be placed on the ballot in this spring’s election, giving the student body an opportunity to share their thoughts on the matter.