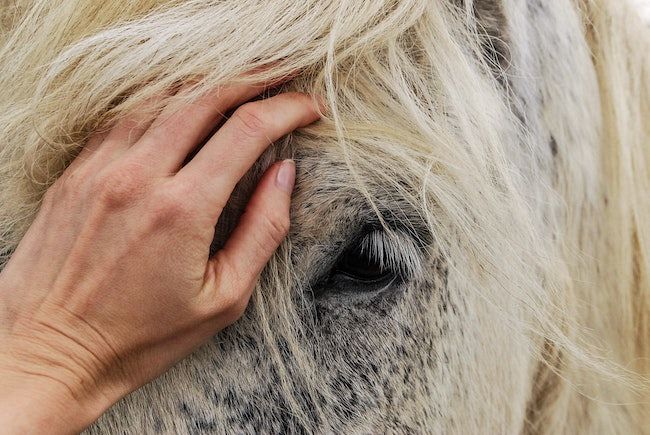 The Victorian government has been accused of circumventing the consultation process on proposed changes to animal welfare laws which could see the introduction of licenses for equestrian events and commercial equestrian activities.

Animal Care Australia (ACA) horse and livestock representative Karri Nadazdy said that as a major stakeholder, ACA has responded to the “Plan Victoria’s New Animal Care and Protection Laws Guidance Document” in December 2020 and said no warning was given that licensing was under consideration.

The guidance document made no reference to licensing other than existing rodeo and scientific research licensing requirements and did not seek comment on changes or expansion of current licensing regimes. There was no reason for the ACA, or the other 1,200 respondents, to comment on how reasonable these additional licenses and regulations would be or if there was any benefit to animal welfare.

The government has published a document entitled “Victoria’s New Plan of Animal Care and Protection Laws” for comments September 2.

This is part of the reform process of the Cruelty to Animals Act 1986 and outlines 16 policy proposals that he says have been drawn from earlier rounds of consultations, including the scoping document.

It also defines three areas of “controlled conduct” that would limit certain procedures to only be performed by veterinarians.

The government confirmed last week that this could cover dentistry and farriery.

Nadazdy says horse owners and anyone involved in the equine industry in Victoria should be extremely concerned about the bill:

As there was no community or stakeholder consultation in the creation of this list – and previous consultation was found to be ignored – we are not assured that stakeholders or the community will be consulted or , more importantly, heard, before the introduction of new licenses.

The range of activities on this list includes almost anything a horse owner would do with their horse when leaving their own property – business purposes could include attending a breed show with your mare, transporting your horse for a lesson with a private instructor, even keeping a horse stabled overnight in boarding could be considered an intensive environment.

Recreation is not exempt either. Will we need a permit to ride the local rail trail with a friend because we organized the activity?

This list is not exclusive to horses and also applies to any other animals you own. How many licenses will pet owners need to hold? How much will it cost each year? Equestrian clubs are already struggling to remain viable after closures, with members reducing events with the rising cost of living. How does this help? Where is the social benefit?

Nadazdy says the Andrews government has a bad reputation for not consulting horse owners properly:

“This is not the first time the Andrews government has completely bypassed the consultation process. In 2019, the Minister for Planning quietly introduced caps on the number of animals a household in Victoria can own without a permit, to five, including a maximum of two horses.”

The proposed permission for licensed agents such as the Royal Society for the Prevention of Cruelty to Animals (RSPCA) to enter private premises without consent or a license verification warrant is also of concern to Animal Care Australia.

“Permit checks are not an emergency – there’s no reason why an inspector should have the right to enter your property without your knowledge to check your permit. The police don’t even that kind of power of entry.”

Equestrian Victoria President Christie Freeman says it’s important for members to participate in this round of consultation:

“The scope of the proposed legislation as currently described is very broad and ambiguous, particularly in relation to the introduction of licensing. Equestrian Victoria encourages its members to read and consider how these proposed changes may affect their operations day-to-day and to provide feedback to the government to highlight potential consequences.”

In particular, the government has requested submissions to explore potential unintended policy consequences or potential gaps that will impact the achievement of policy objectives. As horsemen, we are uniquely placed to identify how proposed laws can best work and to share any challenges or practical considerations while the legislation is being drafted.

In response to the ACA’s criticism that it made no reference to licensing (other than existing rodeo and scientific research license requirements) in the previous guidance document and did not seek comment on changes to or expansion of current licensing regimes, the Government of the State of Victoria provides the following statement:

The Animal Care and Protection Plan is currently open for public comment, where comments can be submitted on sensitivity, care, cruelty offenses and licensing. Any new licensing requirements would be subject to further consultation before drafting any regulations. We welcome stakeholder feedback to inform future work on new laws.

Dale Webster is the first recipient of a Walkley Foundation Fellowship for Independent Journalism on Regional Australia. She publishes independently under her own title, The Regional. You can follow Dale on Twitter @TheRegional_au.