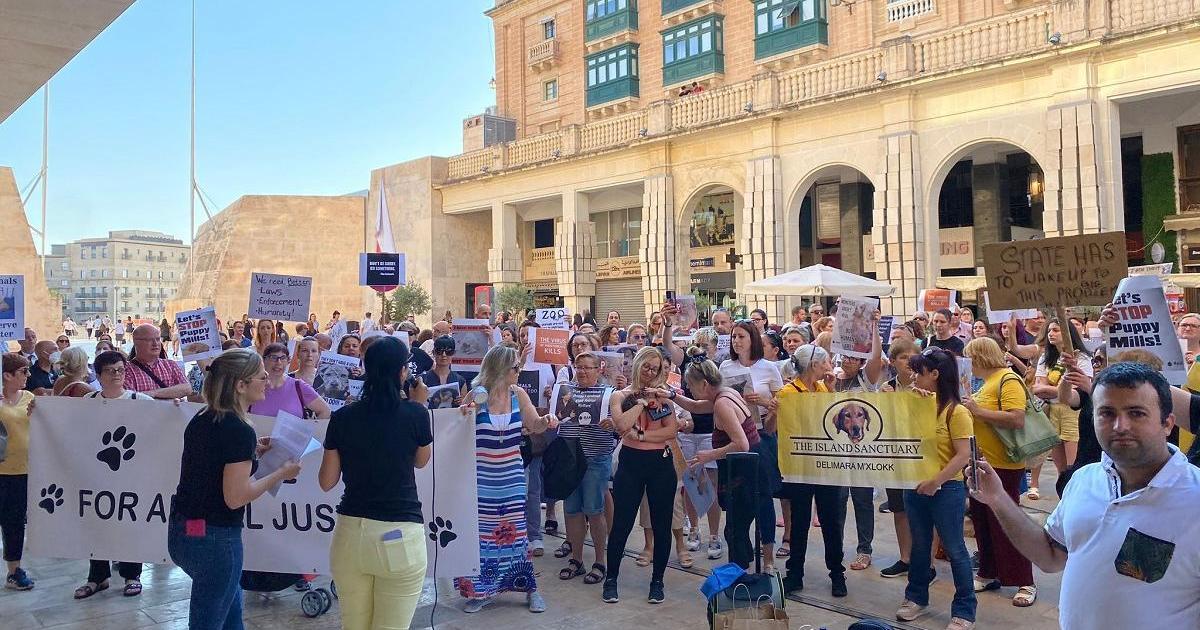 Animal rights activists traveled to Valletta to protest against Parliamentary Secretary Alicia Bugeja Said on Wednesday night, saying she was unfit to represent the best interests of animals.

Standing outside parliament with their pets in tow, activists held placards and placards saying ‘animals deserve better’, ‘we need a compassionate minister’ and ‘stop the puppy mills’.

Protest organizers Joanna Mallia and Maxine Borg said that after publicly declaring her support for hunting as well as the keeping of wild animals in cages, Bugeja Said cannot adequately represent animal rights when she agrees with such “cruelty”.

“All the work necessary to publish zoo regulations has been done, but the conservation programs promised by Bugeja to adequately protect the animals in these zoos have not taken place,” they said.

“We need new laws to regulate this immediately.”

During the protests, activists came up with 10 proposals they want to see implemented for the improvement of animal welfare, namely that; animal protection officers need more training and resources; an adequate emergency service for animals; larger premises to house stray and confiscated animals; more transparent communication between the animal welfare department and the public; more effective law enforcement; greater awareness on the part of the Minister and the Parliamentary Secretary of the pressing issues facing activists; an ongoing sterilization campaign for cats and dogs; more aid for cat feeders; a fund for NGOs and animal shelters; more powers given to the Animal Welfare Commissioner and; tougher fines for animal abusers.

Progress on updated legislation to regulate zoos in Malta has stalled for two years, after undergoing public consultation and an environmental impact assessment, the final version is not yet available. still not accessible to the public.

After promising in January that the new rules would be released “soon”, Refalo was unable to give a timetable on when they might be expected when asked by Malta Time in May.