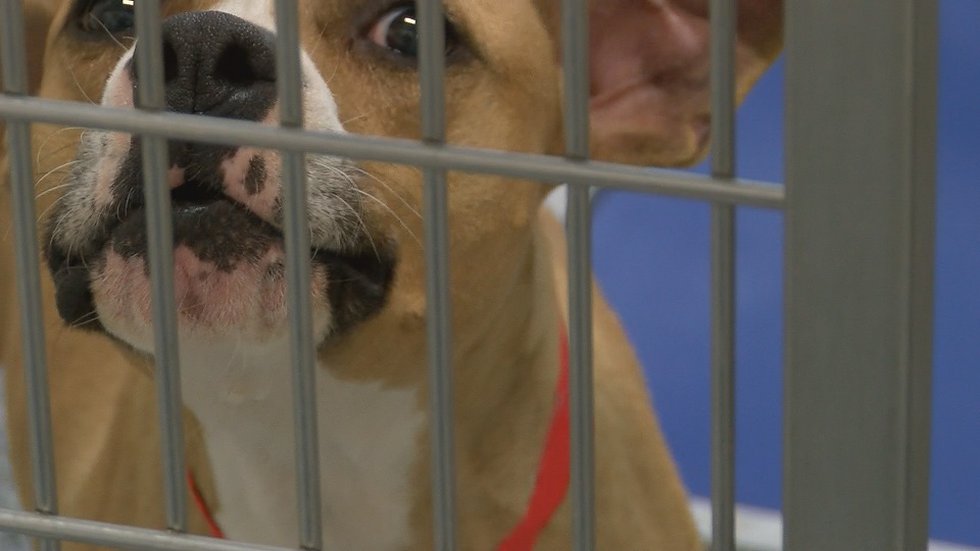 On April 21, an animal shelter employee posted on social media stating that Anderson County Animal Care & Control Director Brian Porter performed illegal euthanasia on animals, saying his license had expired while he continued to perform the procedure. WVLT News asked for additional clarification about euthanasia practices at the shelter, but did not hear a response.

The message also stated that the intracardiac injection commonly used by Porter, also known as the “heart stick”, to perform euthanasia. The post claimed it was “extremely painful” and should be used as a last resort.

According to the Humane Society of the United States, the method involves injection directly into the animal’s heart, where it is quickly transported to the brain. He states that the method would be excruciating if the animal were awake; therefore, the organization’s documents state that it should “never be administered to an animal unless the euthanasia technician has confirmed that the animal is completely unconscious.”

The post goes on to say that the woman did not believe the animals were properly sedated during euthanasia at the Anderson County Animal Shelter under Porter’s supervision.

In a statement sent to WVLT News, Porter said the social media allegations were “inaccurate and misrepresented me.”

A recent social media post by a colleague alleged that I was violating euthanasia procedures by euthanizing with a “heart stick” as the first step in euthanasia.

These and other statements written in the social media post are inaccurate and have misrepresented me. Using all legal means at my disposal, I intend to fully defend my life of compassionate and humane treatment of animals, including humane euthanasia in accordance with the humane euthanasia principles, procedures and guidelines required by the State of Tennessee.

I have a lifetime of experience in animal welfare and through my leadership efforts, working with mayors and commissioners over the past 15 years in Anderson County government, we have built a sanctuary, developed partnerships with numerous rescues, and successfully and consistently facilitated the placement of cats. , dogs, kittens, puppies and sometimes pigs, rabbits, guinea pigs and more, in adoptive and loving homes. I’ve worked with animals since I was 16, including veterinary and emergency pet clinics, and the University of Tennessee. My whole life has been working with and caring for animals. My work today is driven by my love of animals and my desire to provide compassionate and humane treatment to every animal we encounter. Every animal that suffers makes me suffer, and every animal that dies is a death that I mourn. I have never done anything to hurt an animal and I never will.

My training and experience is extensive and includes, but is not limited to, completion of the National School of Cruelty Investigations Training Academy at the University of Missouri-Columbia, Institute Law Enforcement Training and Law School and University Extension in conjunction with the American Humane Association; University of Missouri-Columbia National Animal Control Association Training Academy, Law Enforcement Training Institute and School of Law and University Extension in collaboration with NACO; Basic animal control officer training; Agricultural Disaster First Responder Certification Training by the University of Tennessee, College of Veterinary Medicine, Tennessee Department of Agriculture, and Knox County; as well as training in animal euthanasia by the Humane Society of the United States, Knoxville-Knox County Animal Shelter, and the University of Tennessee School of Veterinary Medicine.

Mayor Frank said there is an active Human Resources investigation into the alleged violations underway and no on-site euthanasia has taken place at the shelter since mid-December 2021.

In regards to a widely shared social media post alleging inhumane actions by the Anderson County Director of Animal Care and Control, an active Human Resources investigation into the alleged violations is currently underway. .

The widely shared social media post is one employee versus employee and touches on many areas of county politics. On-site euthanasia has not occurred at the Anderson County Animal Shelter since mid-December 2021, and any humane euthanasia required would occur on-site at a licensed veterinarian’s office.

Director Porter strongly denies the allegations against him.

Additionally, Mayor Frank said that with an active and ongoing investigation underway, no further comment would be made until the findings are finalized, which will then be released.

On Monday, May 9, the Anderson County Operations Committee met, where many topics were discussed, including the allegations. As a result, Commissioner Robert McKamey moved a motion to authorize Mayor Frank to hire a Veterinary Director to oversee operations at the shelter. He suggested that a camera be installed to “help the director see what’s going on”.

Commissioner Mead seconded the motion; it was adopted unanimously and will be forwarded to the entire committee for approval.