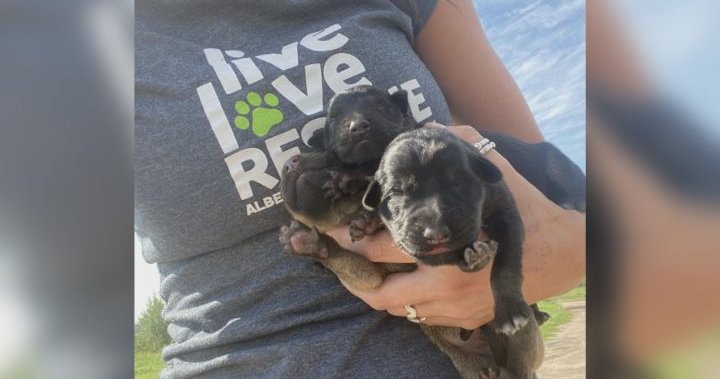 Earlier this week, Saving Grace Animal Society took in 31 animals, all in life or death situations.

“A big day like this is a big undertaking for our organization,” said co-executive director Erin Deems.

“A year ago it would have been a good day, but now it’s causing us some panic.

“We’ve been in panic mode – in terms of shelter capacity – for a few months.”

According to Deems, the situation continues to worsen.

“Requests for their animals to be released are coming at an unprecedented rate,” she explained.

The story continues under the ad

“If we continue at this rate, we don’t even have a year. We are decreasing all our funds in these major medical cases and it is not sustainable.

On top of that, Deems said they don’t have enough foster homes and people aren’t giving like they used to.

“Animal welfare in our province is a major struggle right now,” Deems said.

“We all need to start looking at what we can do to do better for animals.”

“We are seeing that there appears to be a significant actual increase in admission or admission sought,” said Leigh McLean, director of operations for AARCS Edmonton.

“We’ve had a lot of rebate requests, a lot of emergency requests – communities are finding a lot of stray animals, a lot of animals that have been abandoned.”

McLean also noted that their outgoing animals were lower than normal and added that they had reduced their adoption fees to make room for new cases.

“There’s always an increase in intake over the summer and we tend to see there’s a little dip in terms of supporters and adopters – things like that,” McLean explained.

The story continues under the ad

At Saving Grace, the rescue is currently raising money for its own veterinary clinic which Deems says would take a lot of the pressure off.

“(It would allow us) to free up resources so that when we make these larger inputs and when we get these calls, we’re not in such a panic mode,” Deems said.

Deems hopes things will work out before it’s too late.

“I don’t know how it can get any harder in rescuing than it is right now.”