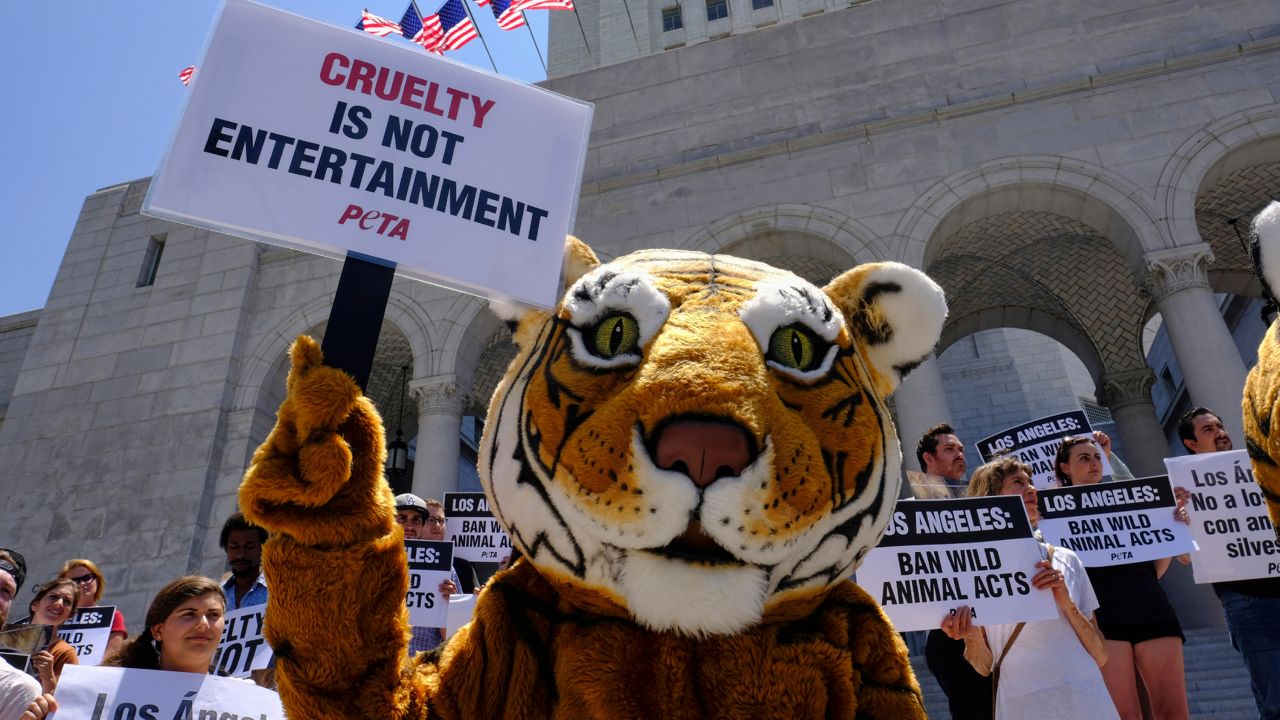 BEVERLY HILLS, Calif. (CNS) — Animal rights activists will gather in Beverly Hills on Sunday for the 12th National Animal Rights Day, an event that honors the billions of animals killed by humans each year.

This year’s event, held in conjunction with NARD gatherings in 15 cities across the United States and more than 100 cities around the world, will take place at noon at Beverly Gardens Park at 9439 Santa Monica Blvd.

NARD is part rally, part memorial service. As in previous years, a small number of volunteers dressed in black will hold the bodies of dead animals while attendees observe moments of silence. These animals – which died alone and were donated by various farms that raise animals for human consumption – serve to represent all non-humans killed for food, clothing, medical experiments and other reasons, and will be later cremated or buried.

The solemn memorial will be followed by a lighter celebration with speakers who will give testimonies of the life experiences that led them to stop eating and carrying animals.

The ceremony has traveled to multiple locations in greater Los Angeles since 2011, but this will be the first time it’s been held in Beverly Hills.

“We will have our people, holding deceased farm animals and giving them a proper funeral service, right in the heart of wealthy and conservative BiH, so it should be pretty historic,” said Aylam Orian, the Los Angeles actor who founded NARD in 2011, City News Service said.

Orian — whose credits include “Stargate Origins” and CBS shows “NCIS: Los Angeles” and “Code Black” — credits a trip to Madrid in 2010 with inspiring him to form the NARD movement. He saw the group Animal Equality leading a small silent protest with laptops showing passers-by animal deaths on factory farms, and a light went out.

He started doing his own little video demos in New York, but he felt they weren’t affecting enough people. Then, in December 2010, he attended Animal Equality’s large-scale protest in Madrid’s Plaza del Sol on International Animal Rights Day, a ceremony that includes dead animals.

This prompted Orian to bring together various animal rights groups in New York for a meeting, including PETA and Mercy for Animals, wondering “How can we join forces and create a great day like this, as in Spain, where we leave our differences aside (and) everyone mobilizes their energy towards this sole objective of representing animals? he explained in a 2017 interview with the Green Party’s animal rights committee.

Annual ceremonies also include the reading and signing of the Declaration of Animal Rights, which was drafted in 2011 and which NARD organizers would like to see become global law one day. The first of its nine principles states that nonhuman animals also have “the right to life, liberty, and the pursuit of their happiness.”

Asked in 2021 what he hopes non-vegans can take away from the gathering, Orian told CNS: “That all forms of mass confinement, abuse and then slaughter of animals are detrimental to human health, to the planet, and of course, to the well-being of those trillions of animals. They have rights of their own, which are no different from the fundamental rights that humans claim to have.

Orian’s goal is to raise NARD’s profile until it becomes an annual presence in the public consciousness.

“The ultimate goal is for this to become Memorial Day for animals in every city. Just imagine if every city in the United States or the world had a recognized national animal rights day…if it was part of the culture and that everyone knew, just imagine the impact it would have – animals get their own day where everyone thinks of them, commemorates them,” he said in the 2017 interview.

More information can be found at https://thenard.org.