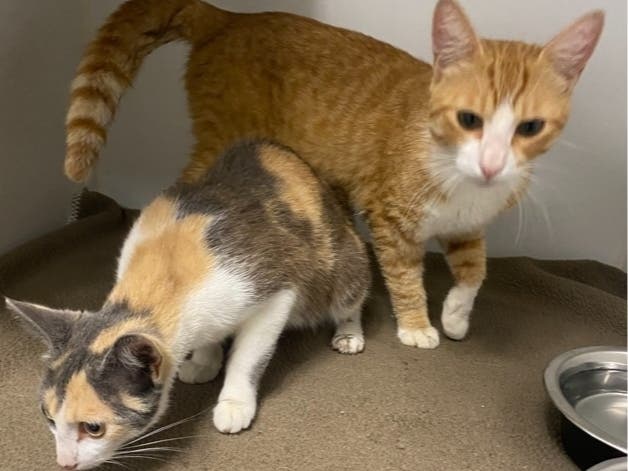 BRANFORD, CT – Late last Thursday evening, Dan Cosgrove Animal Shelter received a call about two cats that had been abandoned near the donation bins outside the Branford Walmart. Saved “right away”, they were named Pumpkin and Spice. The latter, a diluted calico female, she is pregnant.

The animal shelter, which beats the same drum day after day, week after week, year after year, begs people to spay and neuter their pets, cats in particular.

What can pet owners do to help?

“Pumpkin and spice are safe with us,” the post read. “But animal shelters, rescues and foster homes that are at capacity cannot continue to take in more. Please be responsible. Please be good humans and stop to abandon your animals.”